One to One Sessions and Quotes 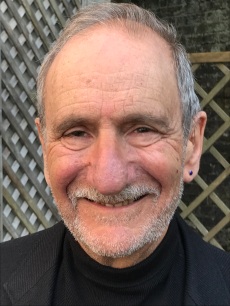 One to One Sessions

Richard offers an opportunity to explore non-duality, awakening and related experiences through one to one sessions. A session lasts about an hour and costs £65. Sessions are available via Skype, FaceTime or phone, or in person (55 minutes by train from London).

Richard has a post-graduate Diploma in Humanistic Psychology from the University of Surrey and qualified as a counsellor in 1989. However the sessions he offers here are not therapeutic in their intent, but allow you to explore any aspect of non-duality that you wish to.

If you are interested please email Richard at richardsylvester@hotmail.co.uk or phone or text him on +44 7752 802653

The scriptures even proclaim aloud:

“There is in truth  no creation and no destruction;

no one is bound, no one  is seeking Liberation,

no one is on the way to Deliverance.

There are none liberated. This is the absolute truth.”

My dear disciple, this, the sum and substance

of all the Upanishads, the secret of secrets,

is my instruction to you.

happens in the mind, but it is at once noticed and discarded.

After all, as long as one is burdened with a person,

one is exposed to its idiosyncrasies and habits.

Among a thousand clouds and ten thousand streams,

In the day time wandering over green mountains,

At night coming home to sleep by the cliff……

How pleasant to know I need nothing to lean on,

To be still as the waters of the autumn river.

Relax. Have more tea, walk, whatever.

It won’t make any difference, do what you like ……

If you like, go find someone awake and talk.

I may be furious, pacing the room up and down;

at the same time I know what I am,

a centre of wisdom and love, an atom of pure existence.

All subsides and the mind merges into silence.

There is no me and no you, no seeker,

no enlightenment, no disciple and no guru.

There is no better or worse, no path

or purpose, and nothing that has to be achieved.

All appearance is source.

All that apparently manifests in the hypnotic

dream of separation – the world, the life story,

the search for home – is one appearing as two,

the nothing appearing as everything,

the absolute appearing as the particular.

in Zen we don’t have anything.

How can we ever lose interest in life?

And cherry trees bloom in the mountains.

You can’t stay in God’s world for very long.

There  are no restaurants or toilets there.

I gained nothing at all from Supreme Enlightenment.

For that very reason it is called Supreme Enlightenment.

Attributed to the Buddha

We shall not cease from exploration

And the end of all our exploring

Will be to arrive where we started

And know the place for the first time.

I do nothing. I never think that I am the one who

must see to it that cherries grow on stalks.

Around Manali there were no remnants of

pretence in people that living is about doing or

becoming anything. I would pass folks who would

smile with the least adulterated knowledge

that this is all there is. The sunshine and

seas of hills are just full stops at the end

of the only inevitable conclusion

– an end to thought.

When you deceive yourself that you work for the good of all,

it makes matters worse, for you should not be guided

by your own ideas of what is good for others.

A man who claims to know what is good for others,

Most scientists consider themselves physicalists; this means, among other things, that they believe that our mental and spiritual lives are wholly dependent upon the workings of our brains. On this account, when the brain dies, the stream of our being must come to an end. Once the lamps of neural activity have been extinguished, there will be nothing left to survive. Indeed, many scientists purvey this conviction as though it were itself a special sacrament, conferring intellectual integrity upon any man, woman, or child who is man enough to swallow it. But the truth is that we simply do not know what happens after death. While there is much to be said against a naive conception of a soul that is independent of the brain, the place of consciousness in the natural world is very much an open question. The idea that brains produce consciousness is little more than an article of faith among scientists at present, and there are many reasons to believe that the methods of science will be insufficient to either prove or disprove it.